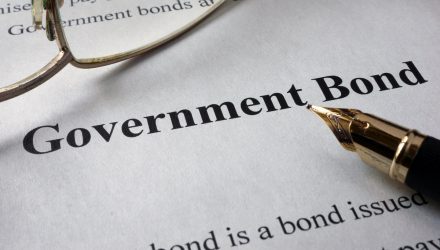 Soaring real U.S. debt levels are now accounting for nearly 2000% of GDP, according to a new Wall Street report.

The report, released by AB Bernstein came up with the calculation shows that real U.S. debt levels are at 1,832% of GDP, which includes not only traditional levels of public debt like bonds, but also financial debt and all its complexities as well as ongoing obligations for so-called entitlement programs like Social Security, Medicare and public pensions.

While this lofty number seems unfathomable and extremely disheartening, not all of the debt is fixed, and thus there could be some action taken to lesson obligations, according to experts.

“This conceptual difference is important to acknowledge because this lens is often used by those who wish to paint a dire picture about debt,” Philipp Carlsson-Szlezak, chief U.S. economist at AB Bernstein, said in the report. “While the picture is dire, such numbers don’t prove we are doomed or that a debt crisis is inevitable.”

In addition, despite the massive percentage of debt that the U.S. faces, the size of the debt is not always as crucial as the sustainability of the obligation, and the ability to pay it off.

“U.S. debt is large. And it’s growing. But if we want to think about debt problems (in any sector – sovereign, households, firms or financials) the conditions rather than the levels are more significant,” Carlsson-Szlezak said. “Debt problems could, arguably would have, already happened at lower levels of debt if the macro conditions forced it.”

Experts who fear that debt obligations have become all but insurmountable suggest that now is the time to take action before it is too late.

“Globally, we have become over-reliant on borrowing as a solution for everything. Political excuses abound for why it doesn’t matter, which just clearly isn’t the case,” said Maya MacGuineas, president of the Committee for a Responsible Federal Budget, a bipartisan committee of legislators, business leaders and economists that counts former Federal Reserve chairs Paul Volcker and Janet Yellen among its members.

“We are quickly approaching a situation where we have dug ourselves a debt hole which is doing to have profoundly negative effects on the economy for probably decades going forward,” MacGuineas added.

One key issue for investors holding bonds, especially Treasurys, is that if there is a massive default on Treasurys, dire global consequences could result.

“A default on U.S. treasury bonds would be catastrophic to the global economy – whereas changes in policy (while painful for those whose future benefits were diminished) would barely register on the economic horizon,” wrote Carlsson-Szlezak.