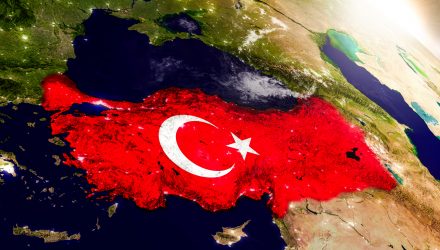 Turkey Plans to Roll Out Dollar-Denominated Bond Amid Recovery

At one point last year in order to help stem the tide of its record low currency levels amid high inflation, Turkey’s central bank raised interest rates by 625 basis points to 24 percent in a move that runs counter to President Recep Tayyip Erdogan’s request to keep borrowing costs low.

“Turkish local rates staged a rally following the release of lower than expected inflation prints,” Gurushina wrote. “Yearly headline inflation dropped to 15.72% from 18.71% in May, mainly on the back of a very high base effect. Core inflation also moderated in June, albeit less than expected (to 14.86% year-on-year). The base effect (see chart below) should continue pushing inflation lower in the coming months, leaving room for policy rate cuts (barring unexpected events, such as geopolitical twists). The market currently prices in 146bps of cuts for the next three months, which does not look too excessive under the circumstances.” 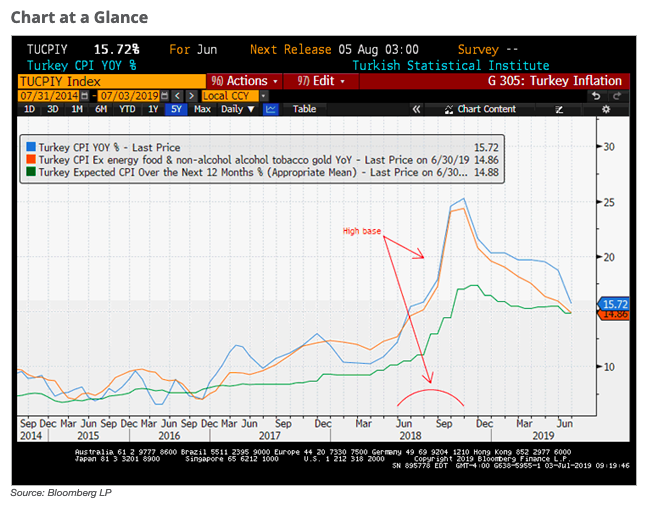 In 2018, Turkey faced heavy pressure to raise rates as the lira has spiraled downward by more than 40% against the U.S. dollar. However, the latest efforts by the central bank appear to be steadying its value for the time being.

For exchange-traded fund (ETF) investors looking to capitalize on Turkey, they can consider the iShares MSCI Turkey ETF (NasdaqGM: TUR). The investment seeks to track the investment results of the MSCI Turkey IMI 25/50 Index. The fund generally will invest at least 90% of its assets in the component securities of the underlying index and in investments that have economic characteristics that are substantially identical to the component securities of the underlying index. The underlying index consists of stocks traded primarily on the Istanbul Stock Exchange (ISE).