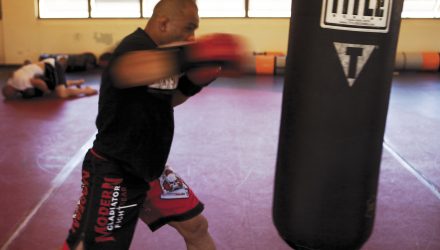 As the Turkish lira exhaled by gaining against the U.S. dollar today, the Dow Jones Industrial Average inhaled the contagion caused by Turkey’s economic crisis with a loss of over 150 points as of 3:15 p.m. ET. The market pandemic felt around the globe didn’t leave benchmark U.S. Treasury yields resistant to its effects as they were all knocked down across the board.

“The story for this week is clearly centered on Turkey, tariffs, the dollar, and weakness in the equity market,” said Kevin Giddis, head of fixed income capital markets at Raymond James. “The economic data all but confirms that the U.S. economy is strong, but long-end investors prefer to trade with August data vs. July, so they merely shrugged it off and focused on a ‘flight to quality’ trade…with legs.”

Low interest rate levels, high inflation and geopolitical tensions have been weighing heavily on Turkey’s economy. In addition, U.S.President Donald Trump imposed sanctions on Turkey’s interior and justice ministers just last week for their role in the internment of U.S. pastor Andrew Brunson as well as other Americans for terrorism.

Turkey is also feeling the pangs of President Donald Trump’s decision to impose tariffs of 25% on imported steel and 10% on imported aluminum–President Trump doubled down on the tariffs with the announcement that tariffs would be hiked to 50% and 20%.. Turkey is threatening to hit the U.S. with its own wave of tariffs on cotton – a staple input for Turkey’s high-exporting garment industry.