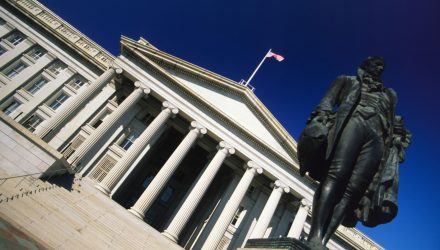 As traders turn risk-off in response to escalating trade war tensions, investors have been diving into safety bets like Treasury bonds and related ETFs.

“Off to Treasury Island to flee stormy China-U.S. weather,” BAML titled its weekly note, adding that U.S. Treasuries had seen their biggest inflows since January 2016 at $4 billion. “(This) shows investors positioning for lower yields; BAML private client debt allocation is up to 23.3 percent…Treasury inflows are the most visible expression of positioning for risk-off to date.”