You are at:Home»Fixed Income Channel»This Unprecedented Credit Crisis Will Redefine How We Invest 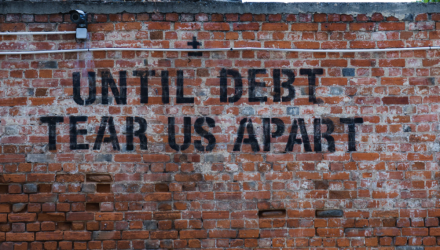 This Unprecedented Credit Crisis Will Redefine How We Invest

In the past few years, I wrote a lot about the unprecedented credit crisis I foresee. I call it “The Great Reset.”

I have to add, it isn’t what I think the future should look like or what I want to see. But almost the entire developed world has painted itself into a corner.

It might not be terrible. I don’t expect another Great Depression or economic upheaval, but the change will be profound.

We will have to adapt our portfolios and lifestyles to this new reality. The good news is big changes happen slowly. We have time to adapt.

I don’t see any plausible path to stopping the world’s debt overload without a serious crisis, much less paying it off. So I foresee a tough decade ahead.

The Case for a Worldwide Debt Default

Here’s a quick rundown of our debt situation and how I think it will play out in the next decade:

All of this will have significant investment implications.

Let me say this loud and clear: Your strategy probably needs to change. The methods that worked well recently won’t cut it in the new era I think we will enter soon.

Click here to read the entire article on Iris.