You are at:Home»Fixed Income Channel»The Quest for Yield is Becoming More Challenging Worldwide 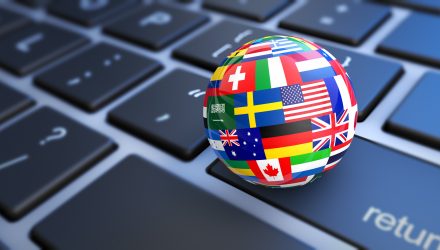 The Quest for Yield is Becoming More Challenging Worldwide

The quest for yield is becoming more challenging as the Federal Reserve is sounding more accommodative with respect to interest rate policy with possible cuts on the way. It’s not relegated to just the United States as other parts of the world are also looking at record-low interest rates, which makes navigating the fixed income market a slippery slope.

Benchmark 10-year bond yields recently fell to record lows in Germany as well as France. In the U.S., the same notes are now below 2 percent for the first time since 2016.

What’s the cause? As concerns of a global economic slowdown permeate the markets, other factors are also contributing, such as an aging population.

“An aging population means lower potential growth. That in turn boosts savings and depresses investment. Central banks struggle because they can’t really control these factors, and in a way, they can make it worse,” said Silvia Dall’Angelo, senior economist for Hermes Investment Management.

According to a new Fitch Ratings report, a 2 percent high yield default rate is projected for 2020 based on a record low 12 percent ‘CCC’ share of issues and only 5 percent of outstanding debt due before 2021. The forecast takes into account continued economic growth, but heightened recession risks.

“Fitch expects a 4% energy default rate for the end of 2020, with many of the default candidates having legacy issues from the 2014-2016 oil price collapse,” said Eric Rosenthal, Senior Director of Leveraged Finance. “Several Top Bonds of Concern and Tier 2 Bonds of Concern issuers are expected to default over the next 18 months, with the energy sector playing a prominent role.”

As market headwinds from a trade war impasse buried the capital markets in volatility during the month of May, a de-risking occurred in funds specializing in high yield like The High Yield ETF (NYSEArca: HYLD). The fund, however, adjusted its strategy by making a move towards quality debt holdings as investors sought more fixed income exposure during this volatile swing.

HYLD seeks high current income with a secondary goal of capital appreciation. The Sub-Advisor seeks to achieve the fund’s investment objective by selecting a focused portfolio of high-yield debt securities, which include senior and subordinated corporate debt obligations, such as loans, bonds, debentures, notes, and commercial paper.

The fund does not have any portfolio maturity limitation and may invest its assets in instruments with short-term, medium-term or long-term maturities. It invests at least 80 percent of its net assets in high-yield debt securities.

U.S. equities rallied in 2019, and then took a dive following the latest U.S.-China trade deal news, but investors are always on the hunt for income–they could find those opportunities in high yield. As such, lower equity returns for the rest of 2019 could translate to more interest in high-yield funds like HYLD.

The Portfolio Manager relies on their own fundamental credit analysis with an emphasis on a company’s ability to pay back their debts with free cash flow. HYLD seeks to provide high income and diversification benefits to the income portion of a portfolio.