You are at:Home»Fixed Income Channel»The Fed May Give Trump His Rate Cut, but It Won’t Help 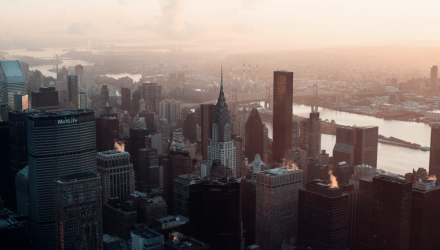 The Fed May Give Trump His Rate Cut, but It Won’t Help

Investors are in a buying mood despite many economic warning signs. Why?

For some, it’s because they expect the Federal Reserve to cut interest rates and otherwise “stimulate” the economy. They believe (correctly) it would drive stock and real estate prices higher.

At the risk of stating the obvious… higher asset prices mainly benefit those who own the assets. Which, in the stock market’s case, is not most Americans.

The ordinary worker’s main asset is the income stream from their job. Lower interest rates don’t necessarily help them.

Nonetheless, that seems to be what the Fed will give us, if President Trump gets his way.

The Federal Funds rate, the Fed’s overnight benchmark, is historically low right now. But with zero rates now a more recent memory than 5% rates, it seems high to many folks. President Trump is one of them.

The weird part is that Trump appointed most of the Fed governors whom he now calls incompetent. If he wanted doves, many were available. He didn’t pick them and now blames everyone but himself for the results.

But set that aside. Fed chair Jerome Powell says they respond to data, not presidential jawboning.

I used to think that was true. Now, I’m not so sure.

Amid the drip-drip-drip, it’s easy to lose sight of the timeline. Bloomberg has a handy digest of Trump’s Federal Reserve comments. His first hit was almost a year ago: July 19, 2018.

“I’m not thrilled” the central bank is raising borrowing costs and potentially slowing the economy, [Trump said] in an interview with CNBC. “I don’t like all of this work that we’re putting into the economy and then I see rates going up.”

It got worse from there, but the Fed seemed unperturbed. Powell and the FOMC kept raising rates and markets dropped last fall. After the December rate hike and some especially hawkish Powell comments, Trump reportedly discussed firing Powell.

(I reported months earlier that Trump appeared to have that power, though I didn’t predict he would use it.)

Anyway, six weeks after the December rate hike, the Fed made a remarkably convenient reversal. The committee was suddenly sure rates were high enough.

Was it coincidence the Fed changed course right after Trump raised the pressure? Maybe. But other things were happening behind the scenes.