You are at:Home»Fixed Income Channel»The Coming Collapse of the American Economic System 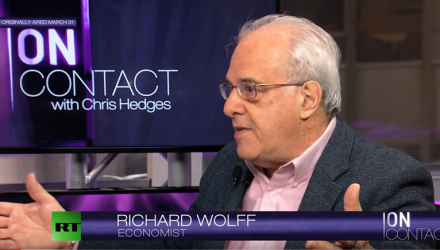 The Coming Collapse of the American Economic System

Economist Richard Wolff discussed the coming economic collapse of the United States of America on RT America with respect to income inequality. Wolf hearkens back to the early stages of capitalism as its focus of creating a middle class, but those original plans have gone awry for the majority of individuals.

Related: The Next Major Tipping Point in Fixed Income?