You are at:Home»Fixed Income Channel»Tariffs and Trade War Threats Spark the Market 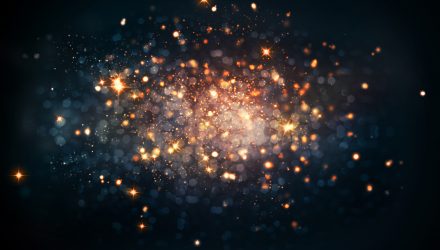 Tariffs and Trade War Threats have sparked the market. It seems we are beginning to smell the faint hint of fear. Not only did the stocks sell off globally last week, but investors also fled to the safety of US Treasuries, which drove the 10-year Treasury yield down to 2.817% — a level not seen in weeks. Last week’s market rout was the worst week for stocks in two years.

A number of different factors seem to be sparking equity market volatility:

Regulation is acting as a market disrupter. The sell-off began in the technology sector, with concerns about greater regulation of social media giant Facebook. This should not have been a major source of such concern, in my view. After all, we have to expect that greater regulation should follow technological innovation — it’s part of the product life cycle.

We should also assume that it takes a few years for most governments to understand both the capabilities and downsides of new technology — whether cryptocurrencies or social media — before fully embarking on regulatory scrutiny. In fact, I believe it may be time to amend Benjamin Franklin’s famous quote, “In this world nothing can be said to be certain, except death and taxes” to include a third certainty in this world: regulation.

I believe the more pressing issue afflicting the tech sector is the European Union’s announced plan to tax digital revenue. Taxing digital revenue could adversely affect corporate earnings, which is always a cause for concern.

Tariffs are raising prospects of a global trade war. Weighing more heavily on stocks last week were legitimate concerns about a potential trade war. I view tariffs much like bacteria in a petri dish — they multiply, which can stymie economic growth.

In my view, the Trump administration is warranted in addressing China’s intellectual property violations through the World Trade Organization, as was laid out in a recent Cato Institute piece by James Bacchus.1 Beyond that, however, I believe it is risky to pursue tariffs for several reasons:

Chinese retaliation in the form of tariffs could be damaging to some US companies. China was the third-largest market for US exports last year. Certain US industries, such as aerospace and agriculture, are large exporters to China, and could be hurt by retaliatory tariffs.

I believe US tariffs on foreign goods will hurt US consumers. The National Retail Federation said the tariffs will “punish ordinary Americans for China’s violations,” and could cancel out the benefits of the tax reform package enacted by Congress last year.2

Retaliation can come in other forms beyond tariffs. As I’ve warned in the past, foreign governments could wield a far more powerful tool by curtailing the purchase of US Treasuries — or even by selling Treasuries they currently own. China is the largest foreign owner of US bonds, so it can have a significant impact on borrowing costs in the US if it reduces, or ends, its purchases of US debt. This is not just a theory. In a recent interview with Bloomberg Television, the Chinese ambassador to the US said that China would not rule out the possibility of reducing its purchases of US Treasuries.

Tighter monetary policy appears likely. Also placing downward pressure on the stock market were concerns that the Federal Open Market Committee (FOMC) — the policy-making arm of the US Federal Reserve — will be more hawkish. With US economic growth estimates revised significantly upward by the Fed, the dot plot from this month’s FOMC meeting still predicts only three total rate hikes in 2018, which I find somewhat surprising. However, that could change if signs of inflation — especially wage growth — emerge.

And while the current dot plot’s prescription for three rate hikes in 2018 might seem reassuring, the median projection for the federal funds rate at the end of 2019 is now 2.75% to 3%. This had represented the hawkish end of the spectrum before the latest FOMC meeting, and raises concerns that we could see an inverted yield curve.