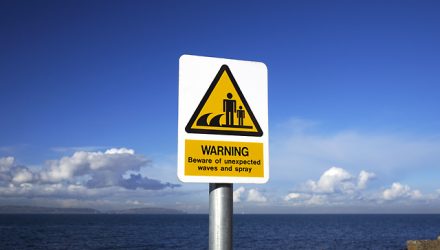 Articles began to appear with titles such as, “Tobacco To Go Bankrupt?” and “Investors Are Swearing Off Tobacco Firms.”  The pessimism surrounding the futures of tobacco companies pushed valuations to extremely depressed levels of around 5x the next twelve months’ earnings (via Yardeni):

Yet, buying the fear in tobacco stocks circa 2000 based on valuation and sentiment alone could have proved as foolhardy as embracing the post-deregulation euphoria in telecom.  Savvy investors would have noted that while the market was fearful about tobacco’s prospects, the tobacco executives were not.  In fact, in what may prove to be some of the most opportunistic share repurchase programs in history, tobacco companies retired shares in droves.  RJ Reynolds (now part of British American Tobacco), bought back 19% of its outstanding shares in 1999, and 17% in 2002.  Philip Morris, now known as Altria, bought back a similar amount of its market capitalization over the same period.  These were, in retrospect, the ultimate buy signals by those most familiar with their companies’ future profitability.  Tobacco stocks, of course, not only survived bankruptcy, but went on to outpace the market by a wide margin.

These are examples, obviously, of industries at extremes.  Yet they serve as good reminders that rich valuations are best used as warnings signals when paired with corroborating investor enthusiasm and capital raises.  Conversely, contrarian opportunity is best seized upon when valuations and pessimism are met with confirming signals by management that the fear is overdone.