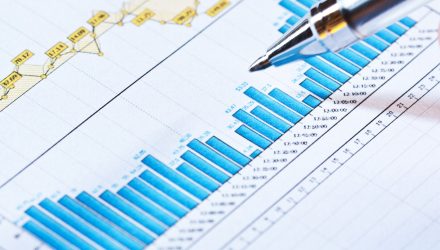 Should You Invest in Series EE Bonds?

Recently my father handed me an envelope and said, “I found these in the garage a couple of months ago. They belong to you.” Inside the envelope were three pieces of paper. Not the flimsy paper that we’re familiar with today but the heavy stock paper that feels old and solid. The kind of paper that is meant to last.

Those three pieces of paper were Series EE Bonds purchased by my grandparents over 20 years ago, totaling $1050. I’m always happy to receive “found” money, so getting $1,050 unexpectedly is great. After all, you only need a thousand $1000 to have a million. In my opinion, it’s even better when the “found” money is something new to me like Series EE bonds.

But what are Series EE bonds? And what do I do with them now? Would Series EE Bonds be a good investment today?

Series EE Bonds are government savings bonds issued by the U.S. Treasury. They were initially issued in 1980 (to replace the Series E bonds) and have undergone many changes over the past thirty years.

Because the rules are so complicated, the U.S. Treasury has a calculator where you can input your bond’s information to determine its current value. Here are my results:

I have no idea why my grandparents bought these bonds, but I’m guessing the fact they double in value made them attractive options. I can see the fun in buying a bond for $250 and giving it to a grandchild knowing that it will be worth $500 by the time they get it. I’m grateful that my grandparents purchased these for me.

What Do I Do With Series EE Bonds Now?

If I cash them out today, I’ll have to include the interest in my taxable income for this year, which is unfortunate since I have a marginal tax rate around 41%. It’s not an ideal time to incur any additional income if I have the opportunity to defer that income into the future. (Side note: Technically the bond from 1986 matured in 2016 and the interest at that time should have been included in my tax return. Since I didn’t know that I owned the bond, I did not include the interest in my taxable income.)

Since I don’t want to pay a 41% tax rate on the interest today, I’ve decided to hold onto the bonds for now even though they are paying a relatively low-interest rate. It’s possible that in the next five years I’ll have a year with significantly lower income, such that I could have a low marginal tax rate. During that year I’ll convert the Series EE bonds into cash and invest them in a taxable account.

Yesterday’s excellent investment option may not be as valuable today. With shifting equity and bond returns, it’s impossible to say what will be a good deal in the future. Interest rates in the late 1970s and early 1980s soared to 10%+. In today’s interest rate environment, owning a bond paying 10% for 30 years would be quite the deal.

Today, Series EE Bonds pay an unattractive fixed 0.10% interest. This means they will be entirely overwhelmed by inflation until the magic date 20 years in the future when they double in value (which means you’ll receive an effective rate of 3.5%).

Is a 3.5% government backed return over 20 years a good deal?