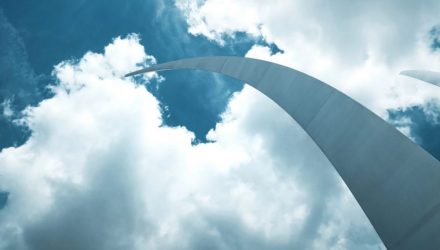 Should We Trust the Yield Curve Alarm?

The yield curve, specifically its potential inversion, has become one of the most trusted signals of impending economic turmoil. The reason for this is shown in Exhibit 1: an inverted yield curve (typically when the U.S. 2-year Treasury yield is higher than the U.S. 10-year Treasury yield) has almost always been followed by a recession.

Yield curve discussions have become particularly relevant in recent months, with the curve presently within 0.30% of inversion after gradually flattening since late 2016. As we near inversion, investors have become increasingly nervous that we are approaching the end of the cycle and are pondering whether to de-risk their portfolios. That said, there are a few aspects to consider when assessing the likelihood of a recession through this lens: first, yield curve flattening is very common at this stage in the cycle, especially when the Fed is raising interest rates; and second, the yield curve can stay flat for very long periods of time before inverting.

In the late 1990s, for example, the yield curve remained flatter than today’s level for nearly three years before finally inverting in early 2000. With this in mind, the steepness of the curve is simply reflective of monetary policy: steepness suggests easy policy, inversion suggests that policy is too tight. Presently, the yield curve is telling us that monetary conditions are tightening but not yet too tight.