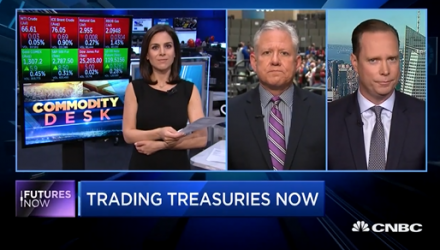 Consequently, China holds the largest owner of U.S. debt and reduced its level by $5.8 billion in April to $1.18 trillion. Coming in second is Japan, which cut its holdings by $12.3 billion to $1.03 trillion. Other countries, such as Ireland, the United Kingdom and Switzerland have also reduced their exposure to U.S. debt.

With the capital outflux from U.S. debt by a spate of countries, the iShares Short Treasury Bond ETF (NASDAQ: SHV) is worth considering as a possible play, especially if further compounded by a lengthy trade war between the U.S. and other economic superpowers.  SHV is up 0.56% year-to-date, up 1.06% within the past year and up 0.54% in the last three years.