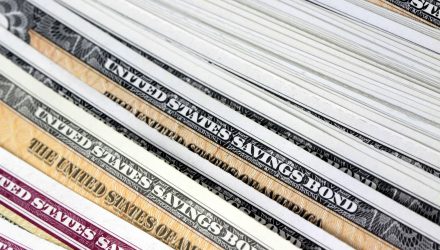 Equities have been getting roiled this week by U.S.-China trade deal uncertainties as both nations may have reached an impasse in getting a permanent deal in place, but even the safe confines of benchmark Treasury notes are retreating.

The benchmark 10-year U.S. Treasury note slipped 12/32 in price to push up its yield to 2.4907 percent on Wednesday. While bonds have been the default safe haven when U.S. equities are on the downside, the fall in bond prices show that investors are on the fence with allocating their capital.

“It’s consistent with people being unsure about what’s actually going to come out of Washington this week,” said Keith Lerner, chief market strategist at SunTrust Advisory Services in Atlanta.

U.S. President Donald Trump threatened to impose a higher an increase in existing tariffs on Chinese goods with the hope that it will force China’s hand in relenting to a trade deal. Various reports reveal that China has been waffling on its negotiations with the U.S., which caught the ire of President Trump, causing him to send tweets that roiled the markets.

China responded to the latest tariff threats by promising to take “necessary countermeasures” if the Trump administration follows through on its threat to increase tariffs on Chinese goods this Friday. China’s Commerce Ministry said on Wednesday that it will make retaliatory moves if U.S. tariffs on $200 billion of Chinese goods are increased to 25% from 10% as promised by the Trump administration.

Gold Follows Bonds in the Red

Another safe haven also took a dip into the red with gold prices closing Wednesday down $3.52 to settle at a price of $1,283.66.

“Investors are optimistic about a decent deal coming out of these talks, which in turn is raising the appetite for riskier assets, weighing down on gold,” said Michael Matousek, head trader at U.S. Global Investors.

“People put on risk since late December and now they’re having to grapple with uncertainty on a topic they were almost certain about two weeks ago,” said Yousef Abbasi, global market strategist at INTL FCStone Financial Inc in New York.. “It puts you in a precarious position.”