You are at:Home»Fixed Income Channel»Robert Kessler Warns of Recession Ahead & Where to Take Shelter 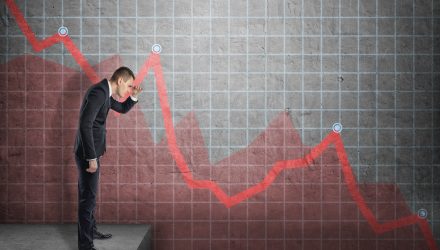 Robert Kessler Warns of Recession Ahead & Where to Take Shelter

This week’s WEALTHTRACK exclusive guest has long been warning of subpar economic growth globally and the risks inherent in this recovery. He has spoken about them numerous times on WEALTHTRACK. Back by popular demand is Robert Kessler, Founder, and CEO of Kessler Investment Advisors, a manager of fixed-income portfolios with a specialty in U.S. Treasuries for institutions and high net worth individuals around the globe. Kessler is now telling clients that there is a recession dead ahead but his silver lining is that it provides an unusual investment opportunity.

All the indicators we have are beginning to turn down. And when enough of them turn down whether it’s housing or automobile sales or credit card debt any of these problems that have been building over the last eight or 10 years. Eventually an economy slows down. And you end up with a recession we call it a recession here because it’s two quarters right of negative negative growth. Right. I think the great difficulty is trying to understand why that’s going to happen especially considering we’ve had all of the stimulus in the economy for eight or 10 years why can’t we just keep doing it. Normally. Recessions in the United States when you have that slowdown you try to stimulate the economy in a way that benefits everyone. And that would be infrastructure projects that would be taxed Mulas. We didn’t exactly do that. What we did was to use an expression that everyone else uses bailed out very well to do. Banks and individuals and the rest of the population really didn’t get much out of that.

And so from from just how broad a broad viewpoint right when you don’t do that you end up needing to adjust it again and with the inequities in the economy. And that’s kind of where we’re heading now. So what most people expect is that the consumer will be there to bail everyone out. And the difficulty is the consumer really doesn’t have a lot the credit card that’s high enough the student loans are high enough virtually everything has put the consumer in a position where he really can’t continue. And so the difficulty now is when you have a slowdown this time how do you deal with that. And the way it’s usually done is the monetary authorities lower interest rates and the normal lowering of interest rates is about two and a half three percent except a two and a half three percent. Where zero. Right now what do you do. And the difficulty now for this country the difficulty for virtually everyone who’s involved in the economy is how do we stimulated again. Without increasing the deficit to the point that we can’t sustain it. So. So what’s going to cause the recession.

First of all corporations are in terrible shape. They’re in bad shape because they took all the money that has accrued to them through tax breaks and through a period of time that was really a pretty good period of time when major corporations they took that money and instead of capitalizing on the world or building organic things all the money making and reinvesting or took all the money and they bought their own stock and then they paid themselves a lot of money. And again I’m not. This is what’s happening. And we have created the largest debt bubble this country has ever seen in the corporate sector in terms of the quality of the debt. We call that Triple B which is just on the verge of not being investment grade. It represents 50 percent of the debt of corporate America. And is that very unusual. Not only is it unusual. It’s scary because if you have a slowdown then immediately the credit agencies begin to look at these companies and say we’re in a slowdown. Maybe they won’t be able to get that debt back or pay for it. And over the next three or four years we have trillions of dollars of that debt coming due. And if we’re slowing down how do you do that. Well what happens is the credit agencies come in and they lower the credit a triple B one notch down and suddenly all the institutions that own that debt by definition they have to have investment grade suddenly it’s not an exact rate triple and I just sell it. And who do they sell it to. Because no one is going to want to buy it. And it’s unusual because thinking about this period of time in four months it will be the longest theoretical expansion this country has ever seen. Right now how can that be. If all of its been supported by stimulus which hasn’t gone to the average person it’s going to those corporations to make that a little bit more understandable.