You are at:Home»Fixed Income Channel»Q1 2019 The Slowest Quarter For Activism Since 2015?! 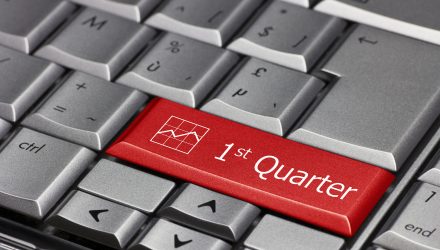 This month proved an auspicious time to profile Starboard Value for Activist Insight Monthly. The activist is off to a strong start with eight companies publicly targeted since the beginning of 2019 and three of those stocks – eBay, Zayo, and Papa John’s International – up by double digits since the activist disclosed its positions. Despite frustration on the defense side at its sometimes exacting negotiating positions, Starboard has now joined the rather exclusive club of activists that have been “invited” into situations (as at Papa John’s) and has a much more extensive record of settlements than of proxy fights in recent years.

Although in recent years the activist has swapped its focus away from smaller companies and now focuses more on mid- to large-cap targets, Starboard’s approach has changed little since its era-defining fight at Darden Restaurants.  To that end, whether it prematurely conceded the chance of board seats at Dollar Tree this week is perhaps the puzzle of the season. Certainly, the company made clear that a sale of Family Dollar was not up for debate and that it would focus on improving performance. If that comes to pass, it could be a good example of the concentrating powers of activism without a full-blown fight.

It might not feel like it yet, but could 2019 be the quietest year for activism since 2015? That’s what data from the first quarter may suggest.

I say it doesn’t feel like a slowdown because we’ve had our fair share of interesting campaigns. Bristol-Myers Squibb should seal its merger with Celgene later today and the activist that tried to stop it, Starboard Value, is off to a breakneck start to 2019 even if it dropped a contest at Dollar Tree. Bed Bath & Beyond has whipsawed on the back of a full board contest announcement and earnings. Canada is in the thick of proxy season already and there is plenty to talk about in Asia.

Yet activists targeted just under 300 companies worldwide by the end of March, compared to 368 at the same point in 2018, when the scene was set for a record-breaking year. And while the pace is slightly ahead of 2015, those campaigns by dedicated and occasional activists are behind – impactful campaigns in our new terminology – publicly subjecting 155 companies worldwide to demands in the first quarter of 2019, compared to 167 in the first few months of 2015.

Although large caps are a slightly outsized portion of the total haul, the absolute numbers do not stand out. Another reason may be overhang – 2018 saw record levels of activity in the U.S., Canada, and several Asian markets, so it might take time for those positions to be worked through before investors are ready for new campaigns. Cyclical ups and downs for dedicated activists, with uneven growth from less traditional funds, may be the new normal for activism.

“All the trends we’ve been pointing to for years are starting to crystalize,” Andrew Freedman, co-head of Olshan Frome Wolosky’s activist practice, told me this week. Private equity firms, large institutional investors, and first-timers stepping into activism, as well as retail-heavy stocks and large-caps coming back onto activists’ radars were among those he ticked off.

And in an extension of the theme of nontraditional activists, perennial short target MiMedx received its second nomination of the season yesterday. It now faces a proxy contest with a short seller that believes value could be salvaged and the CEO it forced out after an accounting scandal.

Still, nine long months remain between now and the end of the year. In Europe (including, for now, the U.K.), the first quarter of 2018 was the slowest since 2014’s opener and a considerable fall on 2017. The year-end total ultimately outstripped two of the three preceding years. For some activists in need of a boost, better late than never.

Quote of the week comes from the activists waging war on Bed Bath & Beyond, after the company missed earnings estimates and recorded its first yearly loss since going public in 1992. Despite sources familiar with the situation telling me a settlement could still be possible, the activists are talking like they plan to go all the way to a vote.

“The disappointing first quarter guidance consisting of accelerating declines in same-store sales and operating profit deterioration compared to managements’ unsupported claims of progress serve as a stark reminder to us of how far removed from reality Mr. Temares and the board have become. In our view, only the complete replacement of the board and CEO will be sufficient to drive the necessary changes to produce lasting margin improvements and growth in earnings.”