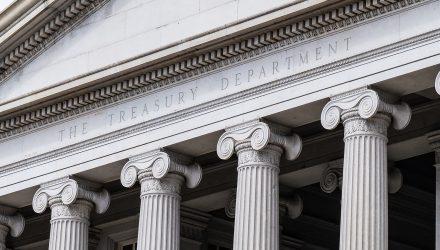 Putting the Cart before the Horse

It’s all about the data, with the jobs report being front and center. But what happens when the data doesn’t fit into the Treasury (UST) market’s narrative? We’ve gotten a glimpse of this recently, so here are some observations.

While the employment data is no doubt the “leader of the pack” for the money and bond markets, investors also received a stronger-than-expected report on manufacturing last week. The ISM Manufacturing Index rebounded in March, led by gains in the areas of new orders, production, employment and prices. The result is that the overall gauge remains safely in the expansion column.

Back to the March job numbers. The headline nonfarm payroll number came in measurably above consensus: +196,000 vs. +177,000, which, in my opinion, makes last month’s revised +33,000 an anomaly instead of the beginning of a new downward spiral. There was nothing new on the unemployment rate front, with the jobless rate staying at 3.8%. The key takeaway is the fact that the unemployment rate is still under the 4% threshold.

As I’ve noted before, the average hourly earnings figure deserves some attention as well. Wages posted a year-over-year gain of +3.2%, down 0.2 percentage points from the prior month. I won’t bore you with the details, but this modest deceleration just looks like a little breather from February’s robust performance. More importantly, wages have now produced eight straight months of year-over-year gains with a “3” handle—the first time since 2008/2009.

So, how’s the UST 10-Year faring in all of this? The Relative Strength Index (RSI) may be my new favorite bond market gauge. Only about two weeks ago, I blogged that the RSI was signaling an overbought condition. Since hitting an intraday low of 2.34% on March 27, the UST 10-Year yield has risen almost 20 basis points (bps) and has moved back over the 2.50% threshold, as of this writing.

Fed Funds Futures (my least favorite gauge) are now getting close to removing a rate cut for this year and only one, not two, rate cuts for 2020. For the record, this back-and-forth pattern is why it’s my least favorite market gauge. At this stage of the game, I still see Q1 as being the trough in economic activity and do not foresee a rate cut in 2019.

To borrow, or perhaps alter, a quote from the famous fixed income strategist Ferris Bueller, the bond market moves very fast; if you don’t stop and look at the data once in a while, you could miss it (Fed rate call). Against this ever-changing macro backdrop, I feel bond investors should focus on yield-enhanced core strategies, complemented with short-term government floating rate Treasuries.

Unless otherwise stated, data source is Bloomberg, as of April 8, 2019.