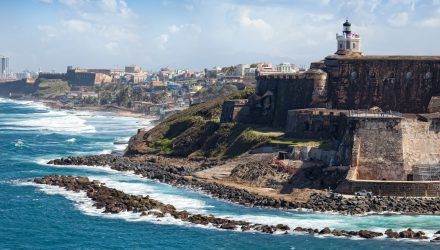 The oversight board given the tenuous position of trying to restructure a deal with the bondholders of Puerto Rico can finally breathe a sigh of relief. A $35 billion deal was finally reached with bondholders–an amount that equates to almost half of the country’s indebtedness.

In a release, the oversight board said the deal would “reduce the amount of Commonwealth-related bonds outstanding to less than $12 billion.” Debt servicing would also see a reduction of principal and interest over the next 30 years to $21 billion from $43 billion.

“We have fought hard for the interests of the people of Puerto Rico and we are glad to have reached a consensual agreement with creditors that lowers Puerto Rico’s total debt burden and its annual debt payments significantly,” said the Oversight Board’s Executive Director Natalie Jaresko. “These were tough negotiations and we are confident we reached the best deal possible for Puerto Rico to move on from decades of incurring debt we could not afford.”

“It is a very positive development for Puerto Rico that a cross section of large bondholders has worked with the Oversight Board to develop a consensual restructuring agreement that will accelerate the Commonwealth’s exit from bankruptcy, respect the lawful priority of valid public debt, and help ultimately restore capital markets access,” said Susheel Kirpalani, an attorney from Quinn Emanuel Urquhart & Sullivan who represents bondholders in the Lawful Constitutional Debt Coalition.