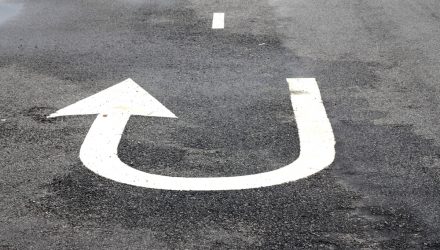 Muni Bond ETFs Have Taken a Beating, but Things Could Turn Around

According to a recent Hilltop Securities survey of analysts, 42% of participants indicated that the Fed is the most important factor or trend influencing the municipal bond market today, Bloomberg reports. Munis have been dragged down by broad selling pressure triggered in part by the Fed’s tightening monetary policy to combat inflation at four-decade highs.

Other notable trends that participants have indicated were cause for concern in the munis market include demographic shifts in the U.S. at 33%, political divisiveness at 31%, public pensions at 30%, and Russia’s invasion of Ukraine at 28%. On a lighter note, the pandemic was a major concern for fewer than 25% of respondents.

According to Bloomberg data, municipal bonds, which are known for their stability, have suffered one of their worst starts to a new year, falling off 7% in 2022 so far.

Looking ahead, some argued that the muni bond market could rebound after the record decline over the first quarter.

“At current levels, a lot of bad news has already been priced in, and muni valuations are cheap enough to outperform Treasuries for the remainder of the year,” strategists Mikhail Foux, Clare Pickering, and Mayur Patel said in a note on Monday, Bloomberg reports. “In our view, current levels present a good entry point to start slowly adding muni exposure.”

The strategists added that the “catalysts for higher rates are largely behind us.”

“We are becoming a bit more sanguine on the market for the remainder of the year and expect 2Q22 returns to be positive,” they said.