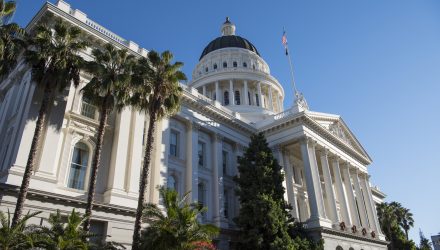 A More Effective ETF to Implement a Passive Muni Solution

Fixed-income ETF investors who are interested in the municipal debt market should consider ways to optimize muni bond exposure by diversifying across specific segments.

On the recent webcast, Finding Income Where Muni Benchmarks May Not, Edward Kerschner, Chief Portfolio Strategist for Columbia Threadneedle Investments, helped paint a picture of the current fixed-income landscape, pointing out we are entering a new rate regime after an unprecedented period of low rates.

Looking ahead, Kerschner argued that the Federal Reserve is targeting normal inflation, with a guidance target of 2%, which is in line with overall average inflation in the U.S. Consequently, investors will expect a gradual rise in interest rates and the removal of the unprecedented quantitative easing initiatives implemented in the post-financial crisis era.

The fixed-income market has enjoyed a three-decade long bull run on the backs of steadily falling interest rates. Municipal bond investors have increasingly turned to benchmark index-based portfolios to ride the wave. However, Kerschner warned that many of these passive, index-based plays only cover a portion of the overall $3.75 trillion muni market with roughly one million individual bonds. None of the indices that are tracked by the largest ETFs cover more than 20% of the total investable universe.

Cap-weighted municipal bond indices and related funds are debt-weighted where the largest allocations lean toward the largest or most indebted issuers, like California, which could skew the income and return opportunity.

“The municipal market’s best sources of income and return are not necessarily driven by those entities with the highest propensity to issue debt,” Stienstra said.