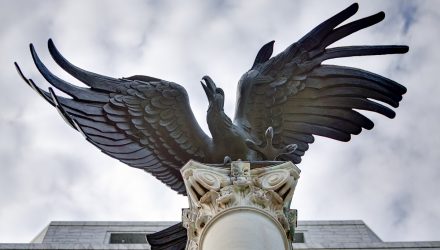 U.S. markets jumped briefly on news that the Federal Reserve is planning to increase its balance sheet again, in part based on the shock to overnight lending markets in September, Chairman Jerome Powell said Tuesday.

The central bank head said during a speech in Denver that the mechanics behind how the Fed will go about expanding the securities it holds will be explained in the coming days.

While there has been a plethora of economic and political news driving markets this year, the repo market has been one player that has been taking center stage lately, as it has been linked to problems in the bond markets.

Repo, is short for repurchase agreements, or transactions that amount to collateralized short-term loans, often made overnight. Repo deals permit significant investors like mutual funds to profit through short-term lending of cash that might otherwise sit idle, thereby allowing banks and broker-dealers to get needed financing by loaning out securities they hold in return.

When asked about what has been amiss with markets lately, Samantha Azzarello, JP Morgan ETFs Global Market Strategist explained, “I actually think it was the issues that popped up with repo.”

“We didn’t think the financial plumbing issues are really indicative of anything systemic, right? It’s just liquidity problems. We don’t think it’s solvency issues. But it scared people. And I think it also points to the fact that in the broader bond market we’re going to see liquidity issues going forward,” Azzarello continued.
It seems the Federal Reserve, who was likely to step in based on the repo developments, is now doing so.

Powell noted that the Fed is looking to establish more permanent operations to make sure the system has enough reserves and the market volatility events are controlled.

“This volatility can impede the effective implementation of monetary policy, and we are addressing it,” Powell said in prepared remarks. “Indeed, my colleagues and I will soon announce measures to add to the supply of reserves over time.”

The Fed chairman noted that the Fed is moving toward an “ample reserves” system and now views that it is around the level banks need.

“As we indicated in our March statement on balance sheet normalization, at some point, we will begin increasing our securities holdings to maintain an appropriate level of reserves,” he said. “That time is now upon us.”