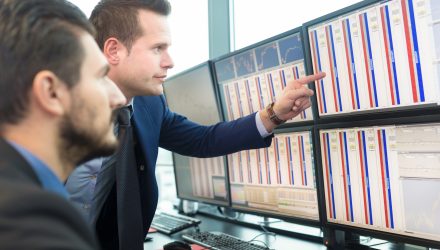 When it’s no longer profitable to go long on government debt, the ideal move would be to go the opposite direction–this is where SHV comes into play. As yield curves flatten and an outflux of investor capital leaves the safe havens of government debt, SHV, which tracks the investment results of the ICE U.S. Treasury Short Bond Index, could be in play.

IGSB tracks a benchmark where 90 percent of its assets will be allocated towards a mix of investment-grade corporate debt and sovereign, supranational, local authority, and non-U.S. agency bonds that are U.S. dollar-denominated and have a remaining maturity of greater than one year and less than or equal to three years–this shorter duration is beneficial during recessionary environments.