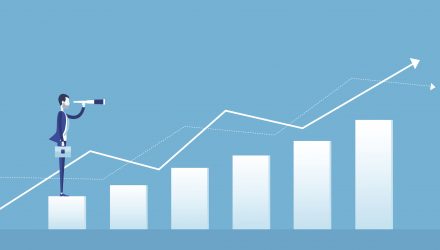 Some market observers believe the junk bond rally could be short-lived and that the asset class could disappoint again this year.

“According to Bloomberg, high yield bonds limped into 2019 after suffering from a December selloff that was the worst month for the asset class since 2011,” said State Street in a recent note. “Most high yield experts chalked up the volatility to a liquidity driven event rather than a negative assessment of the asset class’ fundamentals. An index of high yield bonds declined about 2.6% in 2018.”

Although junk bonds struggled last year, many analysts were bullish on the asset class heading into 2019.

“Despite the losses, strategists have been ratcheting up their forecasts for high yield bonds in 2019. Perhaps they are emboldened because high yield bonds have only suffered an annual loss seven times in the last 35 years and they have never had negative returns in consecutive years. In fact, on average high yield bonds have surged 29% in the calendar year following a negative performance year,” according to State Street.