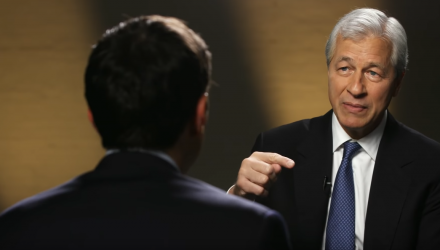 Jamie Dimon On The 2008 Crisis

Additionally, the last thing investors want to hear is the word “recession.” However, the word has been thrown around the central bank more often, according to the latest CNBC Fed Survey.

According to the survey, which was conducted while the U.S. was in the midst of a government shutdown, the chance of a recession happening within the next 12 months rose to 26 percent. The last highest level was in 2016 when it reached 29 percent.

The level reached its highest in 2011 when it hit 36 percent. Are the capital markets bracing themselves for a forthcoming recession or worse, a crisis?

In a conversation with CNBC’s Andrew Ross Sorkin, JPMorgan CEO Jamie Dimon details the events leading up to the 2008 financial crisis. Ten years later, he says he doesn’t trust doing business with Washington because “the next government can do whatever they want.” Watch the video below: