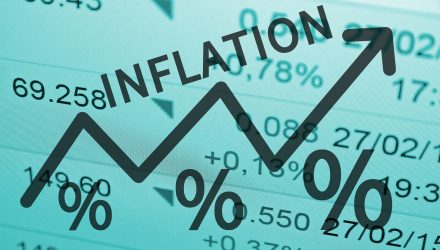 James Grant On The Fed Chasing Its Tail And Inflation

Santelli Exchange: James Grant On The Fed And Inflation

Inflation is a big theme and nowadays it seems as though. Everybody that has anything to do with inflation is saying it’s Slade.

Is inflation dead. In your opinion Jim Grant or is it just hibernating a bit. But you know that the Fed in a way. kind of a funny paradoxical way. It’s me chasing its tail. The past ten years or so has been a time of Great. Credit for nation borrowing and lending corporate. Debt is way up. And. So if you look at. The restaurant there’s this. Huge boom in restaurant construction. Of. Course. Very very. Easy. Credit conditions. And what this leads to finally today is 10 chicken nuggets and Burger King for dollars 49. Now that is an anti. Inflationary problem for the Fed. But it was the very interest rates that the Fed imposed. That. Helped to bring on this so-called problem. Actually for consumers. It’s not a problem. But. Inflation isn’t a problem for.

People. It’s mostly a problem for those that own. You know things that have. Depreciated to move lower in price. It’s a way to inflate things especially financial assets. But in the end the question I want to ask is free markets are fair markets. Many were upset that the Fed and all central banks became Goliath’s of the universe. And now that thing seem to be almost all time highs record for the same Fed. That is now data dependent to start managing interest rates again. How do you see.

That we need to free markets. Of course except it’s not quite. Of course these days. But you know it’s as if we were watching. A Cubs game. For example Africa. And. Everyone. Was talking about the umpires they could not stop marveling. At the umpires and what they might be thinking and what they might be doing. The hitters in the pictures. Kind of. Afterthought. So we are preoccupied by the people who. Make the rules and who change the rules. And. Who change. The. Currency. Within that set of rules. And I think we will arrive at a very good place when no one knows the name or the chairman of the Fed. That would be would be a fine thing. As it is now. That name is omnipresent. The Fed itself is certainly too much with us.

You know Jim I think that’s a great place to leave it. I would just say the following. When people say we want to know what Fed policy is going to be they should think about what they are Aspe because the Fed should know much more than a good interest rate observer knows about future.