You are at:Home»Fixed Income Channel»Is Inflation Ready to Take Off? 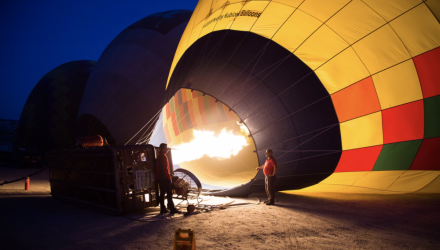 Is Inflation Ready to Take Off?

Unfortunately, the markets are no closer to answering this question after last week’s inconclusive data. As we have been saying, inflation appears to be the key to financial market performance moving forward, and we are scouring all the data trying to find some clues about its direction.

At his press conference on Wednesday following the most recent FOMC meeting, Fed Chairman Jerome Powell left the markets confused. Last year we were all excited about the prospect of more press conferences, more data points and more insights—but sometimes less is more.

In the March press conference, Mr. Powell voiced his concern that low inflation is one of the great challenges facing central bankers. Just one month later he downplayed concerns about lower inflation, saying that the current low numbers are merely “transitory.”  The markets were certainly looking for some guidance as to whether a rate cut would be offered later this year, and with his latest remarks some air was let out of that balloon.

Friday’s much anticipated non-farm payroll and related numbers were equally inconclusive.  They were inflationary, as payrolls climbed by a strong 263,000 in April, and the unemployment rate fell to 3.6%. Yet this was a mixed report, as the lower unemployment reading was due in part to the participation rate decreasing to 62.8% from 63.0%. And wages rose only 3.2%, which was below expectations. So yes, the economy is still doing fine, with the unemployment rate near a 50-year low and wage inflation disproportionately helping low income workers, but the data is perhaps not strong enough to convince the markets that inflation is ready to take off.

Waiting for inflation is not a game for the impatient. Inflation has been called by some clever strategists the “mother of all lagging indicators,” and it appears to be living up to this nickname. So pull up your comfy chair—this could take a while.