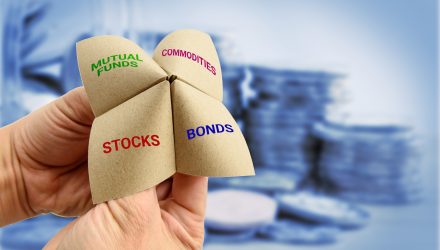 The report revealed that core strategies were still in favor across asset classes, specifically with respect to U.S. equity and international equity. The report showed that large-blend U.S. equity funds received $9.1 billion of the group’s overall $10.5 billion in flows with large-blend funds receiving $35.4 billion compared to $5.8 billion for U.S. equity overall.

Outside of the bull run in U.S. equities, deep drawdowns have been experienced in the global market space, particularly within emerging markets as a result of the ongoing trade wars, particularly between the United States and China. Countries like Turkey and Argentina have seen their local currencies face severe downward pressure in addition to skyrocketing bond yields.

While it may be enticing to see the red and buy into the dip, instabilities in certain countries’ financial systems could still leave these markets depressed, and as such, investors shied away from these parts of the world. The reported cited that “world large-stock funds had $1.3 billion of outflows in September, the greatest among international equity funds. Investors had little interest in some other world strategies, with world allocation funds losing $2.1 billion in outflows.”

Allocation funds in general were hit with substantial outflows, but per the report, “it’s difficult to know what’s driving this exodus from allocation funds. It’s notable that this began around the time the 2015-16 correction kicked into gear. It may also represent a secular shift as more investors take control of their own asset allocation or outsource it to a target-date fund or advisor.” 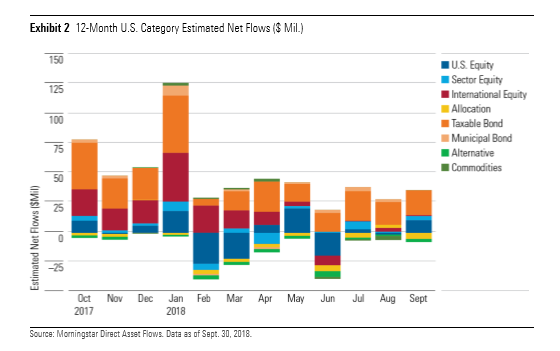 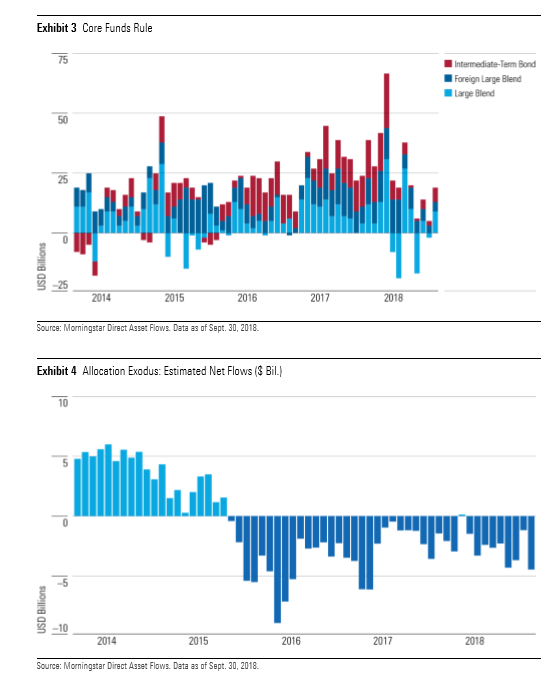 As far as specific firms go, Vanguard was in pole position with inflows of $16.5 billion followed by SPDR State Street Global Advisors with firm inflows of $10.4 billion. IShares and Fidelity rounded out the top four firms with inflows of $7.9 billion and $6.6 billion, respectively.