You are at:Home»Fixed Income Channel»Investing Today Is All About Predicting What Trump Wants 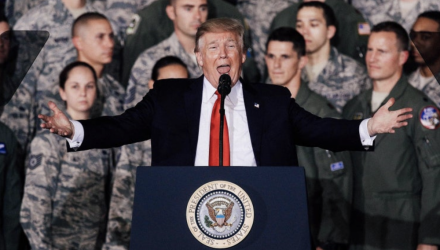 Investing Today Is All About Predicting What Trump Wants

By Jared Dillan via Iris.xyz.

Trump is the most polarizing figure of all time.

It is a no-win situation. So financial writers, myself included, never write about him.

But that’s dumb! Donald J. Trump is the biggest driver of financial markets in the world. Hands down. How can you not write about him?

So here is what we are going to do.

Trump is capable of both good and bad. You can make money off Trump by anticipating his moves—which are not hard to predict.

Do you really want to get into a fight with Trump?

Amazingly, people do. People get into a fight with Trump all the time. Lots of people out there trying to short bonds.

Dude. The president is literally ordering the central bank to lower interest rates and threatening to fire the head guy unless he gets his way. And you want to short bonds? Right.