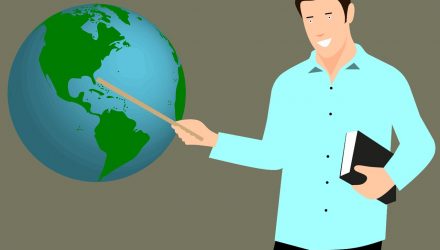 A Detailed Round up of Global Interest Rates

Here is the interest rate outlook for the globe. The falling US inflation may become a Fed concern by late 2018.

US: Neutral. Inflation trends are showing no signs of a significant pickup, and economic data over the coming months should support a Federal Reserve (Fed) rate hike in June (currently expected by the market).

We think slowing inflation will become a concern for the Fed later in the year, especially as the housing component slows. Over the longer term, we believe risk/reward dynamics favor US Treasuries, especially if geopolitical uncertainty begins to increase. However, with the market correction pushing yields higher in April, we remain neutral on US rates in the near term.

Europe:Underweight. Eurozone economic data and several survey indicators have weakened since the start of the year. However, we see this as normalization from extremely strong levels and do not expect a significant slowdown in growth. Domestic fundamentals such as capital expenditures and hiring intentions still indicate that the business cycle has room to run.

The European Central Bank (ECB) sees the main risk from global trade tensions coming from a potential decrease in confidence, which could delay capital spending plans. Therefore, we will be watching confidence indicators very closely in the coming months. We think ECB asset purchases will likely extend into December 2018 and expect the tapering decision to be announced in June or July.

China: Overweight. We continue to see attractive opportunities in onshore Chinese government bonds, and with new asset management rules in place, we expect demand for Chinese government bonds to pick up. In our view, regulatory tightening has pressured non-bank financial institutions, and this leaves limited room for the central bank to tighten liquidity further. In addition, lowering the cost of financing in the real economy remains a major task assigned by top policymakers, all suggesting less upward pressure on yields in the near term.

Japan: Neutral. The Japanese economy continues to perform well. Wage increases resulting from the recent negotiations between unions and employers should help consumption. Export demand remains dependent on the well-being of the global economy. We continue to expect solid growth, but an escalation in trade war rhetoric could dampen those expectations. Inflation remains well below the Bank of Japan’s (BOJ) 2% inflation target.1 Consequently, we believe the BOJ is likely to remain accommodative — despite increasing calls to change direction. Over the next month, we expect 10-year Japanese government bond yields to remain range-bound between 0% and 0.1%.

United Kingdom: Neutral. Since the beginning of 2017, the UK economy has underperformed compared to its European Union (EU) counterparts, mostly due to the uncertainty surrounding Brexit. Forward-looking Purchasing Manager’s Index data suggest a continuation of this trend. The UK is due to leave the EU in March 2019, and negotiators from both sides will try to strike a deal regarding their ongoing trading relationship in the coming months. However, we think it is unlikely that a final deal will be reached by the official departure date, as it would need to be ratified by all 28 countries.