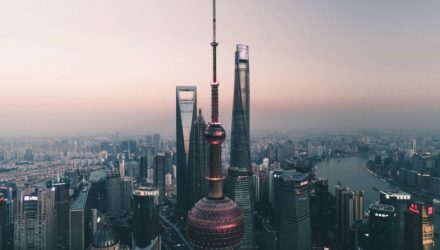 By Robert Michele via Iris.xyz

The disconnect between the financial markets and the real economy continued in the second quarter. The U.S. dollar rose, emerging market debt and currencies plummeted, Italy and peripheral Europe came under pressure, and equity markets saw intraday downdrafts of more than 3%.

Yet relative stability prevailed in the broader economy. While it is true that the U.S. experienced its typical first-quarter slowdown and European growth slowed from its torrid rate, it was also hard to find a region of the world operating below trend. Such were the complexities of the macro backdrop that we tried to reconcile at our most recent Investment Quarterly (IQ), held on June 6 in Columbus, Ohio. It was just what we needed: a dose of Midwestern sensibility.

A deep dive into the data told us that the global economy was just fine. The U.S. should likely post about 4% GDP growth in 2Q and 3.5% over the balance of 2018, with the labor market likely to be especially tight. Within the eurozone, economic activity indicators have already started to show signs of a reacceleration in growth, benefiting from a weaker euro. And China, the anchor of the emerging markets, looks committed and capable of generating sustained 6.5% GDP growth.

In short, we believed the volatility across markets had less to do with the real economy and more to do with the transition from quantitative easing to quantitative tightening. It wasn’t really a surprise—it just seemed to happen five months ahead of schedule.

We kept our base-case scenario, Above Trend Growth, at a 75% probability—but not without considerable debate. There was a strong view that we are closer to the end of the cycle than the beginning and, consequently, need to reflect that with a 5% reduction in our base case’s probability.