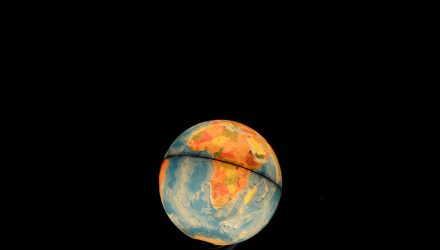 A Global Currency Outlook from Powershares

Here is a look at the global currency outlook to give you a better idea of what to expect from your investments.

A Look at the Global Currency Outlook

US Dollar: Underweight. The US is in the later stage of its economic cycle relative to the rest of the world, in our view. We expect the Federal Reserve to grow cautious while other central banks continue tightening. The dollar should be pressured weaker as investors look for better growth and return opportunities elsewhere.

However, the fundamental picture has been muddied recently, with growth data disappointing relative to expectations — resulting in a mixed performance for the US dollar. We believe this is a short-term correction in market expectations for both US and global growth. We are watching the data closely to be sure that constructive fundamentals are still intact and this is not the start of a downward trend.

Euro:Overweight. We continue to expect further appreciation due to broader US dollar trends, and also see the eurozone trade surplus as supporting a higher euro. We continue to view pullbacks in the euro as consolidation within a longer-term trend higher.

Renminbi: Neutral. The USD/RMB exchange rate hovered around 6.3 in April1 and we believe its performance will continue to be driven by the depreciation of the US dollar. Potential trade friction with the US may complicate the currency’s outlook.

If China’s trade surplus narrows, it could put downward pressure on the renminbi. On the other hand, if a global risk-off event causes a sharp rise in the yen or euro against the US dollar, the renminbi will likely face appreciation pressure. A sharp weakening in the US dollar would probably cause the USD/RMB exchange rate to settle at about 6.2. However, in the near term, we expect it to trade in its current range of 6.3 to 6.5.1

Japanese yen: Underweight versus the Australian dollar. With Japan’s fiscal year-end behind us, we expect Japanese domestic investors to seek higher-yielding foreign assets in the period ahead. In addition, the global backdrop of above-potential growth and low inflation is likely to provide for a risk-on trading environment. The long AUD/JPY trade typically performs well in this environment, since the Australian dollar tends to appreciate while the Japanese yen tends to depreciate.

Concerns over a potential trade war and the situation in Syria are the key risks to our view. An escalation in either would likely support the yen. We continue to keep a close eye on the land sale scandal in Japan that threatens to bring down senior members of the Japanese government. This could also have a destabilizing effect on the currency.

British pound sterling: Neutral. Sterling has recently benefited from the news that the UK government has reached an agreement with the European Union on a post-Brexit transition deal. However, several issues still need to be resolved — such as the Northern Ireland border issue — before any agreement is signed and implemented.