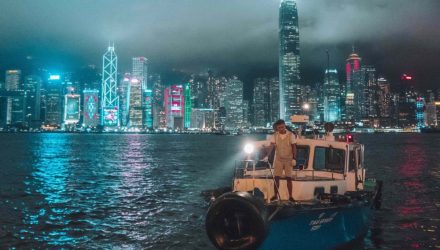 By John Bilton via Iris.xyz

IF 2017 WAS MOSTLY ABOUT HOPES, 2018 HAS ARGUABLY BEEN DEFINED MORE BY FEARS. The surge in global growth that set the tone for markets in 2017 moderated early this year, exposing worrying weaknesses in some economies. Faith in U.S. economic strength spreading around the globe is being shaken by escalating tensions over trade. And the optimism about new technology and the prospect of a surge in productivity gave way to anxiety over potential exploitation of data.

Finally, fears over an imminent end to this admittedly mature economic cycle are palpable. We believe fears that the cycle is about to abruptly end are premature, and expect the period of above-trend global growth to extend into 2019. Nevertheless, we acknowledge that there is now little slack in the economy. And with policy rates set to tighten further, despite rising geopolitical tensions and weakening sentiment, we believe it is prudent to moderate risk levels and look to insulate portfolios.

From the perspective of growth alone, the outlook is still quite positive. U.S. data in particular imply meaningful domestic strength, and European growth, which dipped markedly early in 2018, is coming back strongly. Moreover, employment trends suggest that activity is brisk and that growth data could well be revised upward. The principal issue in the global economy is vulnerability in some parts of emerging markets, exacerbated by a rebound in the U.S. dollar over the summer and now prompting contagion fears and weighing on sentiment.

The elephant in the room isn’t the dollar, but trade. The early read of the ongoing trade dispute anticipated a protracted negotiation leading to an eventual deal and only a modest hit to growth. However, both the U.S. and China are digging in, and increasingly the subtext seems to be as much about advancing a trade ideology as it is about rescinding trade tariffs. As a result, both the extent and depth of any economic impact are being recalibrated. So while we continue to be constructive on the global economy over the coming quarters, it is hard to see the current surge in U.S. activity morphing into another period of coordinated global growth.

Strong data from the U.S. are, however, keeping the Federal Reserve (Fed) on track to hike every quarter into mid-2019 at least. Policy is not currently restrictive, in our view, but during 2019 we do expect fed funds rates to go beyond the neutral rate, ushering in a period of genuinely tight monetary policy.