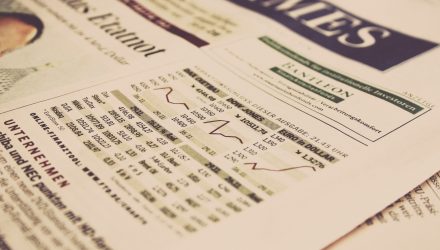 Not to mention, The ‘indirect bidders’ of U.S. debt (these are mutual funds and foreign investors) are becoming less interested at the treasury auctions. . .This is a recipe for disaster: declining foreign demand of U.S. debt at a time when the U.S. needs significantly more funding is worrisome.

But – there’s something else making the situation extremely fragile. . .

The Federal Reserve is no longer monetizing the Treasury, which they did between 2008 – 2014 with their aggressive bond buying programs; known as Quantitative Easing. Instead, the Fed is now actually selling bonds – Quantitative Tightening – which is sucking money out of the system.

This is the worst possible time for the Fed to be selling bonds – because as foreign demand for debt is declining, the Treasury will depend on the Fed to monetize the deficits eventually.

That’s why I expect the Fed to reverse their tightening and restart their printing press – sooner than many expect.

Think of it this way – if you live in your lavish apartment but can’t afford to pay rent with your own income alone, you will need to borrow the difference. But what if friends and family become less interested in lending you money?

You can see how that situation becomes hopeless – but thankfully for the U.S., they have a printing press at the Fed.

And without a doubt they will need them to help cover the growing difference. . .

Once the market starts opening their eyes and realizing this is the only option for the U.S. to keep borrowing vast amounts over the long-term, the Dollar will suffer.

So, does U.S. Treasury Secretary Steve Mnuchin really believe that nothing is wrong?

How can he be so unconcerned about the United States’ soaring borrowing – at a time when foreign lending is fading – all while the Federal Reserve is tightening credit?

I’m sure he must be worried deep down – very worried – but won’t ever admit it publicly.

Because it’s all about upholding confidence in the ‘full faith and credit’ of the U.S.

Even though in reality – things are becoming much more fragile than the market realizes. . .