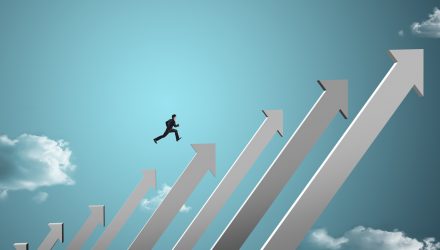 The CFRA Focus Mutual Fund for January is Federated High Income Bond Fund (FHIIX). In rating high yield bond mutual funds, such as FHIIX, CFRA combines holdings-level analysis with relative past performance and other fund attributes. In each of CFRA’s performance, risk and cost factor rating segments, there are positive characteristics for this fund.

Year-to-date through November 30, FHIIX’s 0.6% loss was narrower than its high-yield bond peer group, consistent with its strong longer-term record. The fund was in the second quartile on a three- and five-year total return basis and in the top quartile on a ten-year basis. From a calendar year perspective, the fund outperformed between 2014 and 2016, while fractionally lagging its peers in 2017. On a risk-adjusted basis, FHIIX has an in line three-year standard deviation, but a slightly above-average Sharpe ratio.

The fund has outperformed without incurring above-average volatility despite a portfolio that appears to be incurring elevated risk. From a credit perspective, the fund has more B-rated (47% of assets) and CCC-rated bonds (25%) than its peers, but experienced lead portfolio manager Mark Durbiano explained to CFRA in early December that the rating agencies’ approach focused on debt leverage rather than the sustainability of the issuer is a little misguided. Federated’s high-yield team combines quantitative analysis, including forecasting free cash flow relative to debt, but also qualitative analysis to understand a company’s management expertise, its franchise value and competitive profile.

Yet, looking at the portfolio on spread-adjusted basis relative to Treasuries, FHIIX’s holdings appear to have stronger credit quality than the Bloomberg Barclays High Yield benchmark. Moreover, Durbiano highlighted the role of Federated’s investment management risk committee and liquidity committee that monitors portfolio risks and individual securities to ensure there is sufficient clarity.

Management favors less capital intensive businesses that can operate with higher debt leverage. For example, within the technology sector, the portfolio was highly exposed to software and services companies such as First Data Corporation. Meanwhile, within the energy sector that has been negatively impacted by declining oil prices, the fund was overweighted to midstream pipeline companies that are less volatile due to longer-term contracts; the fund was underweighted to independent energy companies. The fund’s largest sector exposure has been to health care, where HCA Holdings was the biggest position. Durbiano noted to CFRA that many of the issuers in the portfolio are leveraged buyouts that have high debt loads by design and not by accident.