You are at:Home»Investing»Fixed Income Investors Get Comfortable With Junk Bonds 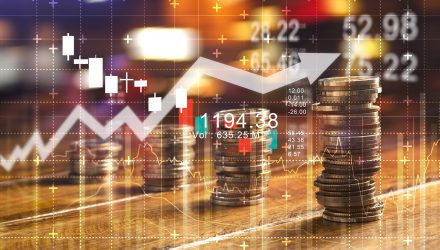 HYHG, which is over five years old, “targets zero interest rate risk by including a built-in hedge against rising rates that uses short positions in U.S. Treasury futures,” according to ProShares.

“The spread on junk bonds hasn’t yet increased enough to break out of the generally downward trend that has lasted almost three years,” according to the Journal. “The spread is up by more than 0.4 percentage points since its low point at the start of October on the ICE BofAML U.S. High Yield Index, but remains below where it traded most of the period before May this year. Of course, the total interest cost for junk bonds is greater than it has been since late 2016 because Treasury yields have been driven higher by rising U.S. interest rates.”

For more information on the bond market, please visit our fixed income channel.