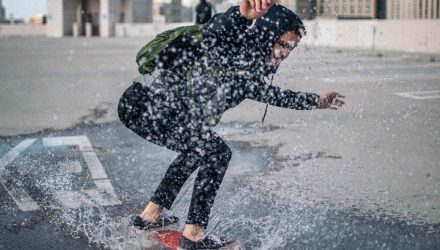 Finding a High-Yield Haven in a Tumultuous Environment

These are trying times for high-yield corporate bonds and rapidly declining oil prices are, once again, a big reason why. In a tumble that started in late October, spanning into the first half of November, oil notched its longest losing streak in 34 years, pressuring speculative-grade corporate bonds along the way.

“American energy companies have been the biggest issuers of high-yield bonds since 2015, according to Dealogic, and their bonds account for about 15 percent of the market,” reports The New York Times. “As the price of crude falls, investors’ concerns about the health of these companies and their ability to pay off the bonds grows.”

JPHY, which debuted just over two years ago as the first fixed income ETF in the JPMorgan Asset Management (JPAM) stable, has been a steady performer since inception. During its just over 26 months on the market, JPHY outperformed a widely followed gauge of investment-grade corporate bonds. The fund also underscores the notion that high-yield bonds can respond positively to rising interest rates as evidenced by JPHY’s significant out-performance of long-dated Treasuries.