You are at:Home»Fixed Income Channel»The Fed Stays the Course Under Powell 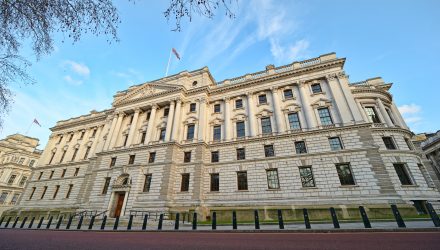 The Fed Stays the Course Under Powell

The Federal Reserve (Fed) has stayed the course under Powell after raising interest rates by a quarter of a percentage point as expected on Wednesday. They also signaled two more rate hikes for 2018. It also released its Summary of Economic Projections (SEP) for the next few years, which suggests that the Fed is optimistic regarding the future performance of the US economy.

The median real GDP projection rose to 2.7% for 2018 and to 2.4% for 2019 (increases of 0.2% and 0.3%, respectively). Inflation expectations for 2018 and 2019 remained unchanged. Despite the pickup in this year’s growth projection, the number of projected rate hikes remained at two more for this year. Looking further out, the so-called “dot plot,” or interest rate projections, shifted higher for 2019, and the Fed’s longer-run federal funds rate projection rose from 2.8 to 2.9%.

Inflation does not appear to be a concern for the Fed

The decision to raise the federal funds rate was widely expected and priced into markets, so all eyes were on the Fed’s economic projections and its median estimate of the number of rate hikes for 2018. In this regard, the result was more dovish than expected.

Although not our base case, some market participants had expected to see the 2018 dots move up to support three additional rate hikes this year. Also, despite firming inflation data in previous months, there were no near-term changes in the Fed’s inflation projections.

Related: Should You Invest in Gold After Fed Rate Hike?