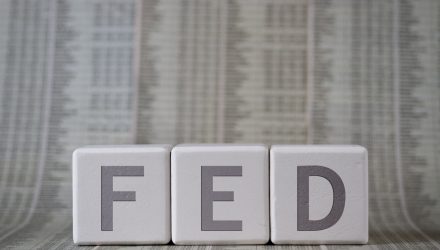 Fed Setting the Stage for Easier Policy Ahead, Analyst Says

The latest Fed move to keep rates unchanged with the possibility of cuts now sets the stage for easier policy ahead, according to Rick Rieder, BlackRock’s Chief Investment Officer of Global Fixed Income.

On Wednesday, the Federal Reserve didn’t give capital markets the rate cut they might have been expecting, but the major indexes responded positively because they left the door open for reductions in the federal funds rate by year’s end.

“Today’s policy moves from the Federal Reserve largely met market expectations and began a transition toward the third stage of a three-part rate cycle story for 2019,” Rieder wrote. “The year started with rates moving higher following the ill-advised December rate hike by the FOMC, yet that move was soon (and dramatically) terminated in January, in what we had long argued would be a very prudent change in policy direction, as the Fed paused its rate hiking cycle (#Fedpause).”

The prospect of future rate cuts by the Federal Reserve saw safe haven assets like gold surpass its 5-year high on Wednesday after the central bank said it “will act as appropriate to sustain” economic expansion. This move to safe havens could be a persisting trend as the fear of a global economic slowdown continues.

“Thus, at this stage, the rate cycle has clearly entered a new phase of easier policy alongside of some clear global economic weakness, some softening of conditions in the U.S., some heightened trade/political uncertainties and an inflation dynamic that is not moving closer to the Fed’s 2% target, and indeed, by some measures, has recently been moving further from it,” Rieder added.

Now, other nations could play follow the leader and implement their own respective cuts should they be necessary.

“We think that this is a very important evolution in Fed policy and is very much in sync with what is now a global rate cutting dynamic alongside the tangible slowdown in trade, manufacturing, and CEO/CFO confidence in further investment in their businesses,” Rieder wrote. “We think the Fed will move similarly to how it has in prior regimes; in moving faster and more aggressively in a rate-cutting progression than the central bank would in its recent rate-hiking initiative, which was intended to be deliberate, “behind the market,” and supportive of a very slow economic landing.”