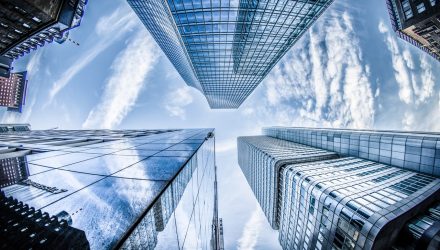 The recent rate hike by the Federal Reserve is seen as boosting the attractiveness of short-term bonds and the related bond ETFs, including the iShares Short Treasury Bond ETF (NASDAQ: SHV).

“We see short-term U.S. debt offering relatively compelling income, with limited downside risk, now that market participants have greater confidence in the Fed’s planned normalization path,” said BlackRock in a note out Friday. “In most of the post-crisis normalization period, the bond market significantly discounted Fed expectations for the pace of normalization.”

Rising short-term interest rates boost the allure of ETFs such as SHY. When U.S. interest rates were hovering around record lows, the yields on funds like SHY were not notable, but today SHY has a 30-day SEC yield of 1.57%. The fund has an effective duration of just 0.39 years. Duration measures a bond’s sensitivity to interest rate changes.

“The market has now caught up with the Fed’s view, with rising short-term interest rates reflecting this greater confidence,” said BlackRock. “Market participants previously had good reason to be skeptical. 2017 was the only year the Fed delivered on its promised pace of normalization. But current economic tailwinds – tax cuts and plans for more government spending – suggest the central bank is poised to extend that recent track record.”