You are at:Home»Fixed Income Channel»Fed Leaves Rates Unchanged for Now 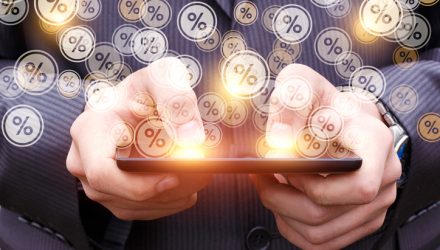 The Federal Reserve finished its meeting today leaving the benchmark interest rate unchanged in a non-move that was expected, but disappointed investors eager for a boost as the China trade war continues.

The Committee decided to maintain the target range for the federal funds rate at 2.25% – 2.5%.

The U.S./China trade war and the inverted yield curve had some industry watchers speculating that a rate cut would take place.

“At the core of the market’s concern are two issues: the uncertainty over the various tariff battles in which the U.S. has found itself with China and other trade partners, and the inverted yield curve, where short-term government bond yields are now higher than the benchmark 10-year note, in the past a strong signal of an impending recession,” CNBC reported.

The likelihood of a rate cut actually happening was slim, however, with futures markets on Tuesday afternoon implying a less than a 25% probability of a cut at this meeting.

Running Out of Patience?

A key indicator of how the Fed will adjust rates in the future hinged on the inclusion or absence of the word “patient.” Earlier this year the Fed indicated that it will take a “patient approach toward future policy adjustments.”

However, as the trade war took a more prominent position in the economic outlook, Fed Chairman Jerome Powell said in a speech, “We do not know how or when these issues will be resolved. We are closely monitoring the implications of these developments for the U.S. economic outlook and, as always, we will act as appropriate to sustain the expansion, with a strong labor market and inflation near our symmetric 2 percent objective.”

With the word “patient” nowhere to be found, the Fed seems to be taking a balanced approach—not cutting rates too soon but signaling that it will not remain patient forever.

The approach moving forward will be to “closely monitor” and “act as appropriate,” according to a Fed statement.