You are at:Home»Fixed Income Channel»Grey Owl 4Q18 Commentary: Exposure To US Treasury Bonds And Gold 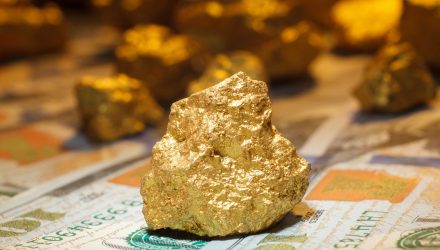 The fourth quarter of 2018 proved to be one of the most negative quarters for financial risk assets since the current bull market began in March of 2009. The S&P 500 finished down 13.5% and commodities were down an even worse 22.6%. As one might expect, safe haven assets performed well. Long-dated United States Treasury bonds returned 4.6% and gold rallied to close the quarter up 7.5%.1 In fact, the quarter-long move understates the violence of the sell-off: from its all-time high on September 20th through the low on December 24th, the S&P 500 lost 19.3%.

For the full year, there was no place to hide: the S&P 500 lost 4.6%, commodities were down 13.9%, and while less dramatic, long-dated Treasury bonds and gold were both down for the year, 1.6% and 1.9% respectively. Global equities performed even worse than domestic equities with the MSCI All Country World Index down 9.1%.2 As we write, Christmas Eve appears to mark the (at least, short-term) low. From the close on December 24, 2018 through the recovery-high on January 18, 2019, the S&P 500 rallied 13.7%.

What caused the sell-off? Was it the Federal Reserve rate hikes on September 26 and December 19 despite a flattening yield curve? Could it be the downgrade of General Electric debt in October by both Moody’s and Standard & Poor’s to one notch above “junk,” signaling that the increase in overall corporate debt and covenant-lite underwriting has reached a point of danger? Perhaps it was the ongoing “trade war” with China and/or the (partial) government “shutdown?” It is impossible to know for sure.

Rather than trying to divine the proximate cause of this or any sell-off, we aim to keep two things in mind. First, we are attentive to asset class valuations as they both determine long-run return expectations and influence market resilience or vulnerability to external shocks. Second, we monitor specific indicators of investors’ willingness to take risk. These data points, more than anything else, guide our propensity to use market weakness as a buying opportunity or a signal to become more defensive.

We have frequently, and in detail, commented on the topic of asset class valuation in these letters. In summary, we agree with the analysis that most financial assets are expensive – that is, most financial assets will provide meager returns, relative to their historical averages, over the next 7-10 years.3 In addition, the high valuations increase the potential for violent sell-offs. When valuations are high and indexers and trend-followers abandon buying, much lower prices are required before fundamental value investors step in. Unfortunately, the last 10 years have proven valuation is not a tool for timing buy and sell decisions for broad market indices.

The second factor, indications of investors’ risk preference, is much more informative on a shorter-term basis. In the context of the recent equity market correction, two specific data points highlight the type of analysis we do on this front. Credit spreads began to widen all the way back in December of 2017. As it relates to investor’s willingness to take risk, this was a yellow light for sure. However, it is important to note that the widening was modest in both its degree and rate of change (it never got that wide, and it never widened at too quick a rate). Spreads between Moody’s BAA and AAA bonds reached their widest point in 2018 at the end of December, but were still only 1.15% apart. In comparison, in December of 2015, this spread was at 1.48% and was 60% wider than six months earlier. Therefore, while wider, the spread today is not yet reason for heightened concern. The economic consulting firm, HCWE points out that spreads need to get wider than 1.4% to begin to signal even a mild recession.