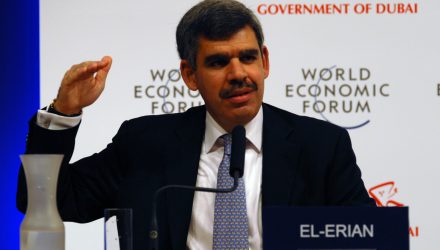 A recent Bloomberg article by Allianz chief economic adviser Mohamed -Erian outlines recent global developments that have “exposed cracks in a seemingly happy” market environment, including: “Brexit, tariffs, currency meltdowns in Argentina and Turkey, a China growth scare, and a financial near-explosion in Italy,” to name a few.

Although El-Erian argues that the inclination may be to consider each event as unique to its country, this approach “risks overlooking that something deeper is going on here,” and could result in an ever- widening inequality “brought about by differing growth rates and policies in advanced economies as the U.S. increasingly outpaces other economies.”

Related: The Coming Collapse of the American Economic System

He outlines the following five factors to support his thesis that several elements of the U.S. economic surge are “strained, stretched, and vulnerable to sudden disruptions:”