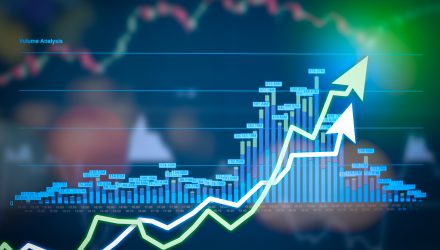 The Dow Jones Industrial Average trimmed its losses the last two days, rising over 300 points Friday as of 11:00 a.m. ET with tech names like Amazon, Facebook, Apple, and Alphabet bouncing back from the previous sessions.

Investors have been seeing nothing but a sea of red as of late with the Dow falling over 500 points on Thursday, amounting to a total loss of over 1,300 points in addition to Wednesday’s trading session.

“The key question is whether that is the end of the sell-off,” Societe Generale analysts said in an email. “We certainly see some scope for a consolidation in the near term, but because renewed pressure from issuance and the fact that some of the risk factors may be resolved in November, our medium-term bearish bond view remains intact.”

The latest 1,300-point loss came just a couple of weeks after Federal Reserve Chairman Jerome Powell praised the growth of the economy and not long after the S&P 500 reached historic highs, which signals that the extended bull run may finally be coming to a close. However, other analysts feel the markets were simply on course for a correction.

“We are well within the ranges of a normal market correction,” said Janet Johnston, TrimTabs asset management portfolio manager. “Next week, you’re going to start hearing about good earnings.”

However, JPMorgan CEO Jamie Dimon was tepid when it came to the future of the banking business as Trump’s $1.5 trillion of tax cuts are expected to scale back in 2019. Dimon also mentioned rising interest rates and trade wars as factors that could stymie continued economic growth.