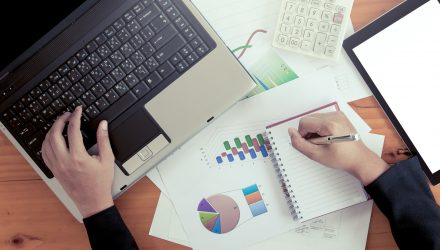 Diversify Your Investment Portftolio in Bonds

When you invest with a traditional financial advisor or a robo advisor, your money will generally be allocated to a combination of stocks and bonds to form a balanced portfolio.

When you invest with a traditional financial advisor or a robo advisor, your money will generally be allocated to a combination of stocks and bonds to form a balanced portfolio.

The division of stocks versus bonds depends on all sorts of factors including your time horizon to retirement, how much you spend, your risk profile and so on. The younger you are and the more money you have, the higher your allocation to bonds generally.

The idea behind putting more of your nest egg into bonds than stocks as you close in on retirement is that bonds are regarded as a safer investment than stocks.
But bond investing is not without risks and you should know what you are buying before investing your hard earned savings.

For most of your life, you have probably been on the side of the fence where you borrow money to pay for a car, a home, or perhaps your tuition expenses. With each loan you may have taken out, you committed to a repayment period at a certain interest rate, whether variable or fixed.

When you buy bonds, you are on the other side of the fence. Instead of paying back interest to a lender, you now become the lender and earn interest. It is the responsibility of the borrower to fulfill their obligations to you over a specific time period and pay your principal back at an agreed upon interest rate.

When you step into the shoes of the lender, your mindset flips from wanting the interest rate to be as low as possible to wanting it to be as high as possible while keeping the risk low. So, you want your borrower to be creditworthy and the risk of default to be minimal.

If you were to think about the safest borrower to whom you could lend, the U.S. government would probably come top of your list. U.S. government debt is considered to be as safe as it gets.

The ranking of the safest bonds in order are generally regarded to be as follows:

When your goal is to save for the short-term, Treasury bills may be appropriate but the interest earned on them is generally low. For example, if you needed to park money that you had slated for the down payment of a home into an interest-earning account for a short time period before completing escrow, Treasury bills may be a good option.

If you have a longer term time horizon, Treasury notes and bonds with longer maturities may be a better fit for your portfolio, and will pay a higher yield.

Municipal bonds are issued by city and state governments. If you live in a state that issues bonds, interest payments earned are often exempt from state taxes.These bonds are used to finance city and state project spending, such as the construction of schools, roads, dams, and bridges.

Corporate bonds generally pay the highest yields but also have higher risk than government bonds and munis.
There are exceptions to the rule from time to time. Very large companies, such as Apple, with large amounts of cash reserves and highly successful business models can often issue debt at very low interest rates because the likelihood that they will default is low.

In rare cases, corporate bond yields can be so low that the interest payments owed by sovereign nations are higher!

Default Risk: The primary risk when investing in bonds is default risk. When the borrower fails to meet or honor its obligations to pay back the principal it received when the bond was issued plus interest payments, the lender risks not receiving their loaned money and interest due.

Interest Rate Risk: When interest rates rise, bond prices fall. The reason for the decline is that new bonds issued on the market pay higher interest rates so the old bonds are less attractive to bond investors.