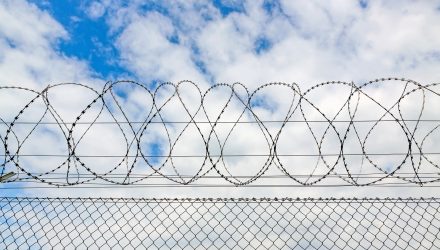 The Dangers of Protectionism

Editors Notes: This article was republished with permission from Invesco Powershares.

The dangers of protectionism are  back in the spotlight with German Chancellor Angela Merkel finally securing a governing coalition after nearly six months of uncertainty, while Italy embarks on its own period of uncertainty given the inconclusive results of its election this past weekend.

Italy’s voters are following in the recent footsteps of voters in the United Kingdom, the United States, Germany and elsewhere — questioning the “status quo.” Inevitably, that includes questioning current trade and immigration policies.

While the official results of the Italian election have not yet been released, it appears that there will be continued uncertainty for some time as parties try to form a governing coalition (as of this point, we don’t even know yet which party will be given the first opportunity to form a government). This will be an ongoing saga we will want to follow closely. And that takes us to the biggest geopolitical news of the week.

Related: Should You Invest in Gold After Fed Rate Hike?

On March 1, US President Donald Trump announced a 25% tariff on steel imports into the US, and a 10% tariff on aluminum imports. The news reminded me of two books that were formative to framing my views on international trade:

Back in 1985 when I was a freshman in high school, I read the autobiography of famed US auto executive Lee Iacocca. He devoted the last few chapters to his views on foreign trade and made a compelling case for protectionism, explaining that he believed in fair trade rather than free trade, and that the US needed to protect industries that were critical to both jobs and national defense.

In particular, he focused on how Japanese businesses are backed and aided by the Ministry of International Trade and Industry, and advocated for protectionist policies such as a tariff on imported oil and lower interest rates for borrowing by American industries, as well as caps on Japan’s market share in critical industries.
In business school, I took a very interesting class on operations management with a professor who was a strong believer in free trade and competition. He suggested I read a book called, The Reckoning by David Halberstam.

The Reckoning is a phenomenal book about many things, but one of them is the decline of the American auto industry in the 1970s. The book chronicled how US automakers’ dominance of the industry up to that point had rendered it complacent; automakers felt they knew their US customers well and assumed they were comfortable with less reliable, less durable cars with lower fuel economy.

That may have been true when there weren’t alternatives, but as soon as other options became available, that began to quickly change — and the industry did not respond to consumers’ evolving preferences. The book made the case that US automakers couldn’t blame Japan for all of their woes.

So how do I view protectionism? International trade is a very complex, nuanced issue, but I believe free trade, all else being equal, is better for consumers, companies and the economy. That’s because protectionism has a lot of negative consequences:

First and foremost, protectionism may lead to inflation, which hurts consumers’ purchasing power and can have a particularly negative impact on lower- and middle-income consumers for whom the additional money paid on tariffs could be put to more productive uses.

Protectionism may also curb competitiveness. It enables companies to be complacent and may protect them from being forced to innovate.