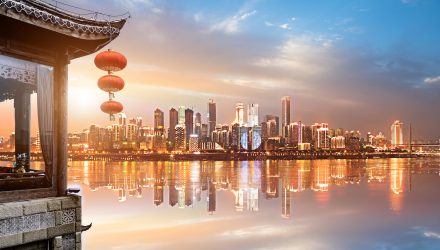 Over 10 years ago, credit default swaps (CDS) were the rage and ultimately the demise that would lead to the financial crisis in the United States. China may be entering that realm with the China Securities Regulatory Commission (CSRC) asking corporations to use credit default swaps for raising funds in order to issue new bonds.

“This guidance means that new issuance by private enterprises, new bonds will need to be matched (with CDS), regardless of the use of proceeds,” said a source close to the Shanghai Stock Exchange.

A mix of Chinese stimulus measures have been providing the fodder for economic growth, such as lower taxes, no corporate tax breaks, monetary policy adjustments, and more market access for foreign companies to set up shop. All in all, Wall Street is looking at the Chinese government’s latest efforts as a plus for its economy and a boon for Chinese bonds.

Chinese bonds made their debut on the Bloomberg Barclays Global Aggregate Index earlier this month–a move that would give investors more access to China’s $13 trillion bond market. Markets analysts are expecting that this inclusion would garner a capital influx of $150 billion in foreign inflows.

“We all intuitively know that China will be the largest economy in the world–it’s not ‘will it be,’ it’s ‘when it will be,’” said Oliver.