You are at:Home»Fixed Income Channel»Could CDs be Poised for a Comeback? 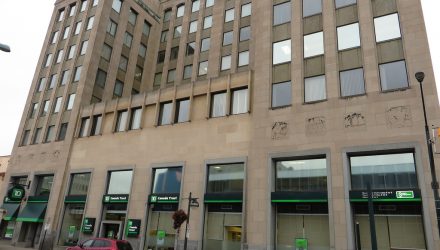 Could CDs be Poised for a Comeback?

Unlike compact discs, the other CDs in fixed-income format–certificates of deposit–could be poised for a comeback. With current investor sentiment in a risk-on mode, capital allocations to CDs have fallen to the wayside, but CD rates have been on the move, climbing to as high as 3% at certain online banks versus their brick and mortar counterparts.

In the past month, the floodgates have opened to positive news regarding the economy, such as the Commerce Department announcing a 4.1% increase in gross domestic product during the second quarter. In addition, unemployment has been relegated to generationally-low levels in conjunction with a raging bull market where the major market indexes are all eyeing record-highs.

Related: ‘A Lot Has to Change’ to Reach 5% Treasury Yield

With all signs pointing to a robust economy, it sets the stage for Federal Reserve Chairman Jerome Powell to announce more interest rate hikes in September in addition to the pair of rate hikes already seen this year. CDs have been beneficiaries of these rate hikes with banking institutions like Citizens Access and PurePoint Financial offering 3% rates on three-year terms.

Nonetheless, the challenge for CDs to attract investors remain as the current bull market offers investors more returns albeit more risk and volatility. In addition, the allure of higher-yielding fixed-income offerings from corporate bonds, directly or as an ETF, detract from the rates offered by CDs.

“We’ve been in a very low-rate environment for close to 10 years,” said Anthony Ogorek, CEO of Ogorek Wealth Management. “People begin to think that is a normal course of affairs. So when they see rates at maybe 1.5, 2, 2.5 percent, they might jump at that and think it’s the highest rate in close to a decade.