You are at:Home»Fixed Income Channel»Cohn: U.S. Is Desperate for a China Trade Agreement 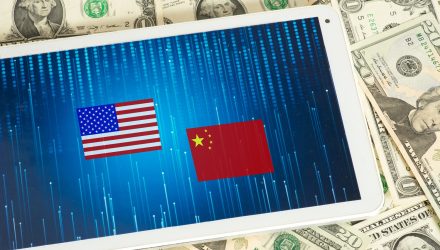 Cohn: U.S. Is Desperate for a China Trade Agreement

The U.S. and China are currently in the final stretch of completing a trade deal after months of bickering with Beijing offering lower tariffs and other restrictions on U.S. goods while Washington considered removing most sanctions since last year, the Wall Street Journal reports.

“There’s a desire from investors for a more concrete trade pact,” Eric Freedman, chief investment officer at U.S. Bank Wealth Management, told the WSJ. “Will the tariffs against China be phased out, or will they be dropped cold turkey? That’s what’s really holding back progress in the stock market.”

Some investors may have just took an opportunity to lock in gains and sell ahead of any concrete evidence in a final trade deal.

Per the Washington Post, “(President) Trump expects a China deal to boost the stock market, which has treaded water for the past year, the former aide said. Cohn cast doubt on the president’s ability to obtain fundamental changes in China’s state-led economic system, one of his core negotiating objectives.”

In the video below, Former Australian Prime Minister Kevin Rudd joins “Closing Bell” to discuss Gary Cohn’s comments on the podcast ‘Freakonomics’ in which he says the U.S. is desperate for a trade agreement.