You are at:Home»Fixed Income Channel»China Sells Most U.S. Treasuries in Years 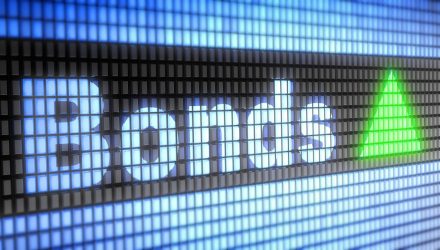 China sold the most U.S. Treasuries in almost 2-1/2 years in March amid uncertainty about a protracted trade war between Beijing and Washington, according to data released on Wednesday from the U.S. Treasury Department.

With rising trade tensions, there is growing worry over whether China will liquidate much of its U.S. debt holdings as retribution for the decision to increase tariffs on $200 billion of its exports to the United States.

Beijing had been considering this possibility, as it was mentioned in a tweet several days ago.

China may stop purchasing US agricultural products and energy, reduce Boeing orders and restrict US service trade with China. Many Chinese scholars are discussing the possibility of dumping US Treasuries and how to do it specifically.

China sold $20.45 billion in Treasuries in March, the most since October 2016, following $1.08 billion in purchases the month before.

“The decline this month brings China essentially flat to where they were in February, erasing the increases from December through February,” Jefferies LLC’s senior money market economist Tom Simons wrote in a research note.

Regardless of the decline in Treasuries holdings, China nevertheless remains the largest U.S. creditor, and most analysts seem untroubled.

In short, self-interest alone would likely deter China from making such a dramatic move, Hogan told CBS MoneyWatch. “When they start to sell U.S. Treasuries in the open marketplace, they are going to hold a lot more than they can sell before they knock prices down, and they don’t want to hurt their cash reserves.”

It would be “a bold and aggressive one” by China, yet it would be akin to the Beijing government punching itself in the face, Hogan added.

China dumping U.S. debt “would probably roil and upset equity markets globally, and ironically increase demand for save-haven assets,” said Dan Heckman, national investment consultant at U.S. Wealth Management. That’s because such a move would “point to a growing concerns that the trade war is escalating, which is not healthy for global growth ad business activity.”