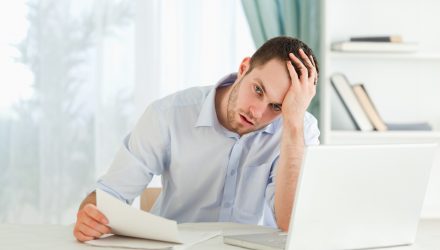 First, rapidly expanding debt will depress economic growth over time and could potentially lead to a fiscal crisis if borrowers lose faith in the country’s ability to repay.

Second, rapidly increasing debt constrains the government’s ability to effectively respond to emergencies, such as recessions, wars, or natural disasters.

Third, as government debt grows and interest rates rise, interest payments on federal debt will exponentially increase and will make up a growing portion of federal spending, crowding out priorities like defense, investment, and safety net programs.

By 2026, CBO’s realistic scenario shows interest payments on the federal debt that exceed total defense spending. By 2028, those payments could reach nearly $1 trillion (more than 3 percent of U.S. GDP!). Americans receive no direct service or benefit for the tax dollars that go to servicing our debt, which will ultimately fall to the next generation.

Related: The Fed is About to Crash the Markets Again

CBO leaves little doubt that the U.S. is on an unsustainable fiscal path, and further, that the recent unfunded tax cuts and spending increases have only made matters worse.

What neither CBO nor anyone else can predict is exactly when the situation will turn from merely “unsustainable” to “economically dangerous,” with the potential for serious adverse consequences on economic growth and Americans’ day-to-day financial lives.

So do I. The difference is Republican leadership thinks things will be better than CBO projections. I think they will be much worse.

History is on my side. Moreover, no one at the CBO has factored in an economic slowdown.

Finally, and as Lacy Hunt has noted, we have reached diminishing returns on how much GDP debt buys.

This article has been republished with permission from

This article has been republished by Mish Talk.